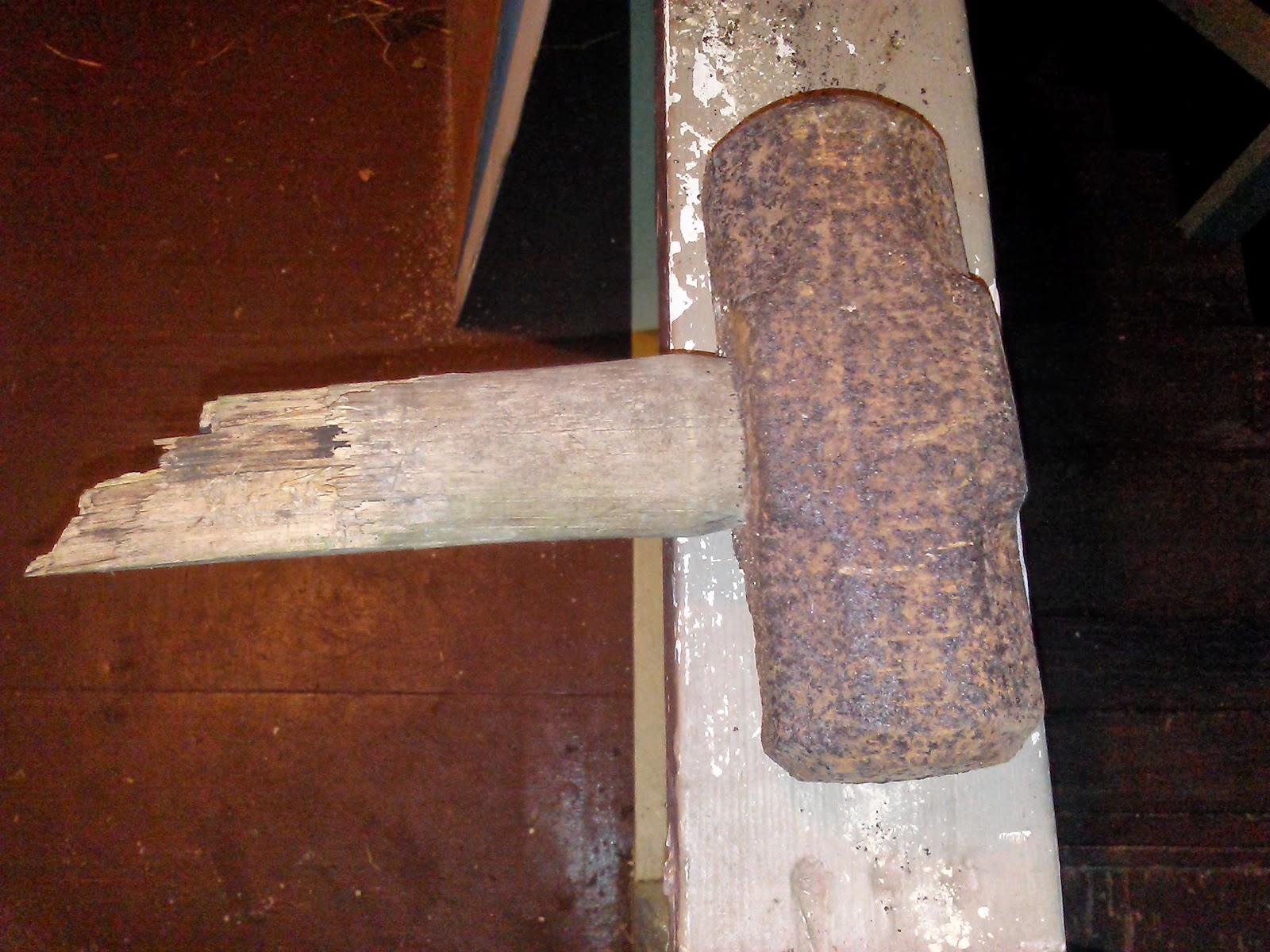 When I purchased this house I found a sledge head under the house, it was a rusted, 8lb beast with the remnants of the handle rotting away.  I used a wire brush and the rest of my sand paper bits from my Dremel getting rid of the rust. I made the handle from a koa branch in the yard. I was going for a Hammer of Thor look, but it's immediately obvious upon first use that this it's not a one handed tool.

The ax was purchased with a broken handle from a yard sale for 2$. Thankfully I had a rescued axe handle that fit well enough. It has a small gap in the front, but from what I can tell it's alright.   I put as much of an edge on it as I could with only a bastard file but I don't have anything else with which to clean up the face. 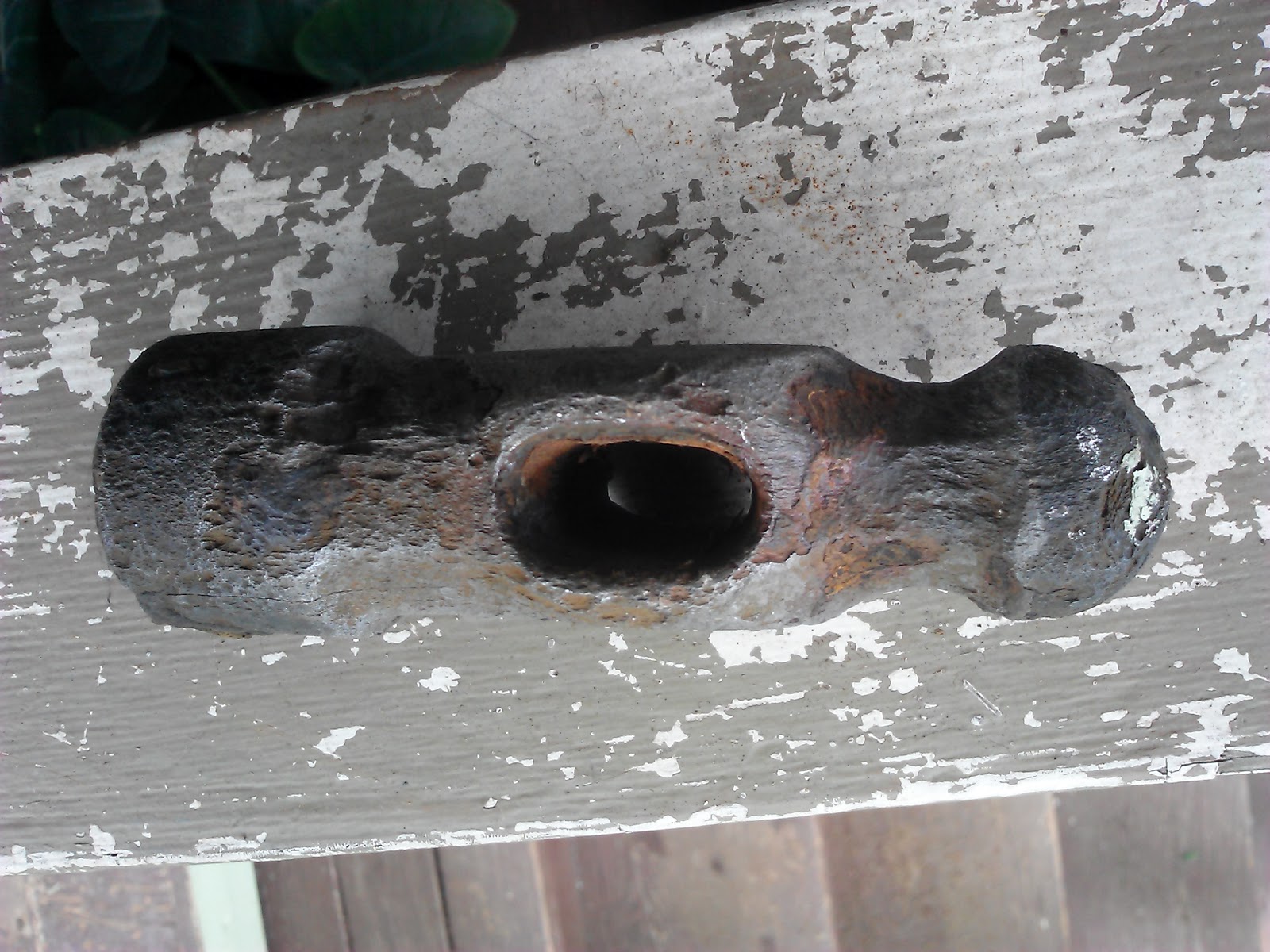 This ball peen hammer was found in the yard buried in the dirt. I nearly threw it in the rubbish, thinking it was a rock.
I used a wire brush to remove the dirt and big chunks of rust and then soaked it in vinegar for two days and finished it off with more wire brush.  I used a few sand paper bits from the Dremel to get as much of the pitting cleaned out.  This was a learning experience for making my own handles, which I did from guaivie. Guaivie is incredibly strong wood which is growing around my house. The head is in awful shape, but I don't really mind.  It's the only revenge I have for the previous owners discarding it and other trash in my yard.

I still have a hatchet handle to make but with the holidays approaching,I think that project will be put on hold. None of these are treated with any linseed oil because the budget for the entire project was $2. 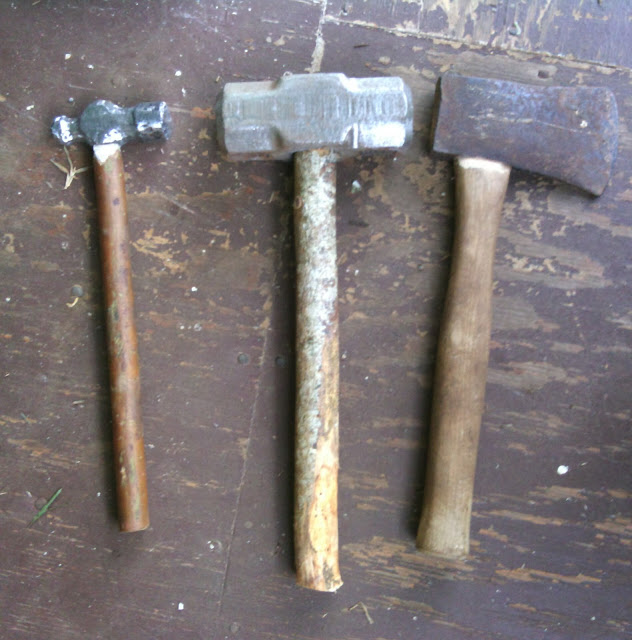