friend is a four letter word

At one point this week I'd reached such a low that I felt the world closing me off. So I decided to close it the rest of the way. I barely talked to my lady, I decided not to call any of my friends and wait for them to call me. I dedicated myself to the work in front of me.

Besides my screaming fans, I was alone for Wednesday, Thursday and Friday. It gave me great perspective on my relationship with my friends. Because finally someone called. It was of course K12 that finally rang and brightened my life.

I used to think people made the best friends. Now I know it's actually kevin.
No comments:

I had the house to myself for the first time since we arrived in Seattle. Sweet delicious solitude just over 2 months coming.
LETS CLEAN.

NIN flying through the speakers, the kitchen looks fabulous. Time to take on the cast irons. Heat on high, just enough water to loosen the foodstuffs. Looking clean, drain, keep temp on high and add bacon fat.
I should go watch some pr0n. Turn music down, turn off lights and I'm in the TV room. Nubile younglings at work...

what's that smell?
ah yes, the smoking cast irons in the kitchen. As I remove both pans from the stove the eyes start smoking. Twice as much smoke! and the kitchen window is open, the cool night air delivering the smoke to the entire house.
I guess there is a reason I haven't been alone in 2 months.
No comments:

I'm taking a class that lends itself easily to the enrollment of dorks. I don't mind, these are the kids I grew up with, but I no longer feel part of their crowd. They're still playing AD&D, LARPing and debating the newest console games. I never owned a console.

But damn if these guys aren't adorable. There was a bald man wearing a Tshirt bearing the name of this post, a kid with a lisp, a girl with a frumpy butt and frumpy tits who was sweet but makes stupid jokes. The instructor carries the personality of the geek. Obvious statementes are hilarious with these people.

I miss a shot. The response: "Aim higher!" Followed by snickering and a little bit of actual laughter.

Tonight and for the next few weeks I will have a lisp due to my recent piercing. The kid with the natural lisp heard me speaking and joined my group, I suppose feeling some sort of connection because of our impediments. Lisps frustrate me and are just about the cutest thing that can come out of anyone's mouth. Sounds like a child talking, everytime..
No comments:

Everyday is exactly the same 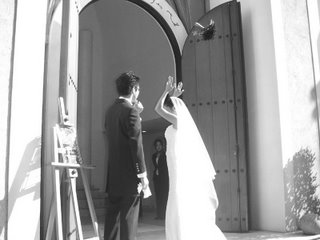 Don't let it out! 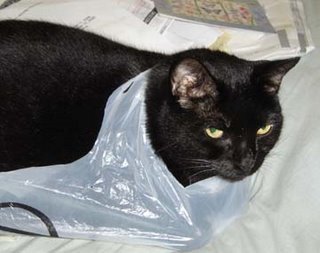 The first three ingredients are sugar.

After dinner, the kid wanted a treat. He had been looking forward to it the whole time. The dad explained that the kid could not have any sugar based on behavior last time the child had sugar. The child threw a tantrum and was very upset with the dad.
Leaving the kid with his mom, the dad went to run an errand. While the dad was gone the mom, feeling frustrated with the tantrum throwing child told the kid he could have a treat if he went inside and asked for it. That if got over his shyness of strangers and earned the candy she would justify him having it.

What I saw was the mom showing the child that whatever dad said would be second to what the mom said. That if the child was enough of a pain in the ass, he could convince mom to give in. The kid had the candy and was an even bigger pain in the ass.

Because of sugar,
because he beat dad. 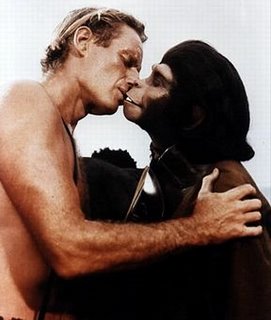 We went to the Zoo yesterday. We took my almost 5yr old nephew with us but he was mostly bored. I was thrilled to see all these exotic animals that I would normally never be able to see, like elephants and tigers.
The orangutan were the worst part of the whole trip. We saw one wearing a sack around its shoulders, like a cape. It looked bored. My nephew made a sound loud enough for it to hear, the orangutan looked up and its eyes looks so sad. It must be so bored and lonely. And how creepy must it be to have 3 or 400 people walk by your house and gawk and squeal at seeing you. If the situations were reversed, I know that I'd be wigged out living in an enclosed area and having 300 monkeys look at me everyday. I guess that fear will be a reality one day.
No comments: 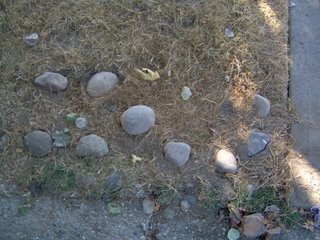 A few days ago my nephew and I set out to create a marker for the people driving on our driveway.

The decision was to make something in Braille. So we spelled Sex. I guess the joke is that blind people probably won't be able to tell what it says with their feet and also that blind won't be driving.


If the really cute girl that walked by and smiled at us is reading this: come over.
No comments: