This drive is a single *wink*

Is it looking for a slave or a master?

Email ThisBlogThis!Share to TwitterShare to FacebookShare to Pinterest
Labels: Computers

The past few times I've been to the Shave the Sack something noteworthy has happened.

The time before last I was in queue behind an older man that smelled something fierce. His skin was dark from tan and a whole lot of dirt. He smelled like disease, like an old unwashed dog. The smell had about a 10' radius. Because I was sweating, everyone looked at me (or so I think) like I was the odoriferous one.

The most recent trip has been the most amusing. In line behind a European couple, a man and lady whose nipples stood out like ice picks; two other girls, one of whom was Australian. None of these four people had a Maika'i card (a discount card for groceries) when the cashier asked if they had one. I offered mine and she used it for each person's purchase. They each said thanks with a chuckle. When it came time for the Australian lady to pay her total was $12.01 but she couldn't find the necessary penny. I fished one out of my pocket and gave it to the cashier with a giggle from the lady. Then the Australian said "Thanks, you should come home with me."

Email ThisBlogThis!Share to TwitterShare to FacebookShare to Pinterest
Labels: Hawaii

Case of the Mondays

Today I opened the shop by myself. I usually enjoy this, because there's rarely more than one or two customers in by noon. That means two hours to clean up the lan while my boss isn't looking over my shoulder, I can often throw away small parts that aren't useful to anyone and it's nice having a little bit of alone time.

Today there was a person waiting to get in as soon as I got there. More and more people kept coming in. By the time my boss rolled in at two, the place was packed. What annoyed me though were the people that came in with a project to do but don't know how or don't want to do it themselves. For example one guy wanted a CD copied and another with just select songs. Easy enough right? But of course he doesn't know how to do it. So he needs me to help him.

The old lady that came in wanting to buy DVDs of Laugh In and Fractured Fair Tales. She wanted them, which meant she wanted me to look them up on Amazon. Amazon requires an email address to purchase content. She didn't have one and I refused to use my account, this confounded her. oh and could she bring in her beta tapes for me to convert them to VHS and DVD? Her visit ended with her telling me about the pfenning being made of steel with a thin copper coating.

The two Hawaiian ladies who brought in their DVI cam wanted to capture video and export it to DVD for their family to watch. Nobody has a clue how to do this "I'll let my tech work on it" I heard my boss say. Yippee. At least they brought some of the software. Horrible fluffware that didn't actually do what I wanted it to. They asked me to record all the video but in the end only wanted 2 minutes which they wanted put on their SVCD which whey thought was a DVD.

The low point of the day was when I lent a lady my usb drive, the keyring also had the store key on it. I got a "nice job shit-for-brains" from my boss.
The highlight was seeing someone play solitaire. He paid >$2.50 to do so. A pack of cards can be bought for about the same price and you can play it more than once, when there's no electricity, involve your friends, and not stare at a computer screen.

I don't have Jessie here so my blog gets to hear about my day.
No comments:

The check canceling I wrote before I made an account. Too bad I can't claim it as my own. Post counts matter, right?

Remember when I was talking about trying to buy that minivan? Well Thursday night I got a call from the lady saying that the person interested in buying kept trying to talk her down too much in price and she finally got fed up. She asked me how much the Craig's list ad said the price was, I told her $1,500. She said it was supposed to be $2,000. Her friend's mistake apparently.

I met with her Friday morning and she drove me to her house in HPP 20 minuts outside of town. The van looked fine, but I insisted on taking it to a mechanic before purchasing it. I gave her a $500 deposit check so she didn't think I was running off with it, then I drove it to a mechanic in Hilo. While I was driving the check engine light came on and smoke was coming from under the hood. After a brief check by the mechanic he told me the following things were wrong:

He hadn't hooked it up to the scanner to find out why the engine light was on and why it was misfiring, that would cost another $100. He quoted me $1,500 to fix the above problems. I called the owner and told her what was wrong and the quoted price to repair. She sounded surprised, told me she'd call me Saturday morning and hung up. I called her Saturday morning, evening;Sunday morning, afternoon and night. No word.

Getting suspicious she would cash my check and leave me with a worthless car I called and canceled my check. I checked WikiHow before calling because I didn't know what I'd need, saw there was no article and then wrote one after calling my bank.

Tomorrow morning I get to call the supervisor at the shop and explain the situation, give him the owner's contact information, call the owner one more time and hopefully be done with it. What a strange situation this has turned into.
No comments:

Email ThisBlogThis!Share to TwitterShare to FacebookShare to Pinterest
Labels: Adulthood, How To, Life, links, Published

My feet have been a beating bag definitely since I've arrived in Hawaii, but also throughout my life. Currently I have a broken pinkie toe on my left foot along with 3 mosquito bites that've been scratched to the point where they are now fairly large scabs. My right foot has the same 3 scabs. My left calf has been incredibly sore and tight since I woke up this morning.

Two weeks ago I cut the underside of my right big toe while I was surfing. I limped for 5 days. Every time I've gone to the beach I've cut my at least once.

When I was younger I never wore shoes and my feet got so rough that i could walk on gravel and it wouldn't bother me. I am apparently no longer 9 years old. I don't think I'm enjoying getting older right now. Maybe when I'm older... heh.

One job I had required me to wear steal toed shoes on plant. The ultimate in safety for my toes, right? Well of course I would trip on creases in the concrete and either jam my toe nail into the steal cup or jam the steal cup into my foot.

When I was 10 or so a horse stepped on my foot and I don't remember it hurting at all.


This has to be the most inane post ever written, but isn't that what blogs are for?
No comments:

I'm having a hard time finding a car and place to live. I'm looking for a station wagon or mini van for under $2k. This is a lot harder on an island than the mainland. I found a minivan for $1500 yesterday but by this morning the lady already had someone else looking at it. My guess is she saw my number was not local and didn't want to sell it to me. It's maddening. I can't get anywhere. I've tried the local paper, the paper's website and craigslist. I've even ridden around town looking at the used car lots. I found a '91 Ferrari for $31k, but I don't think the dogs would be comfortable riding in it.

Not making any progress is ostracizing. It can get pretty lonely biking around all day, trying to meet with people that are never in their office and won't answer their phone. The roads outside of down town are not bike friendly and I find myself too close to traffic for comfort but I have no other choice. Cars are listed for sale 20 minutes drive outside of town.

Once I find a car I'll be looking for a house to buy. This is scary stuff too, but I'll save that for another post.
1 comment: 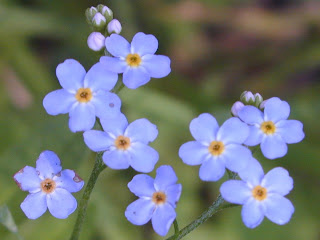 I went surfing again today, I actually caught a few waves but only for a few moments before the wave devoured me, punched me in the stomach, kicked me in my balls and injected salt water in my nose. This happened several times. So while I didn't get near any rocks, I certainly got my ass kicked. I am determined to learn how to do this, and all my best friends hit back so this should actually work out.
No comments: