The men in my life

These three guys caught my attention in the last few months.

Roman Mars - This video was on the YT recommended page and I gave it a shot.  This guy is charismatic, he has a charm about him.  He got me to pay attention to his topic and I subscribed to his podcast afterwards.

Adam Driver - I love him in Girls but didn't really look into him until after he played Kylo Ren.  He heads a non-profit bringing theater to the military.  He said watching a group of cheerleaders didn't really match up with the kind of work they were doing in the military so he created something with substance and integrity.

Lin-Manuel Miranda - He obviously can freestyle. He can write and star in a a hip hop play about Alexander Hamilton, he's bi-lingual, incredibly supportive to his fans on Twitter and a huge theater nerd.

Email ThisBlogThis!Share to TwitterShare to FacebookShare to Pinterest
Labels: Video

I'm sorry.  I wanted to post this somewhere.  I finally reached Zero Inbox.  I've had a handful of emails for several months but have finally made it. 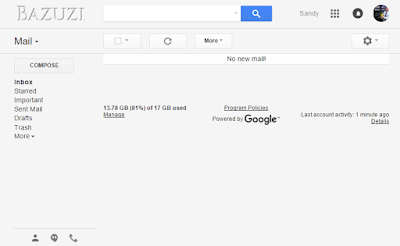